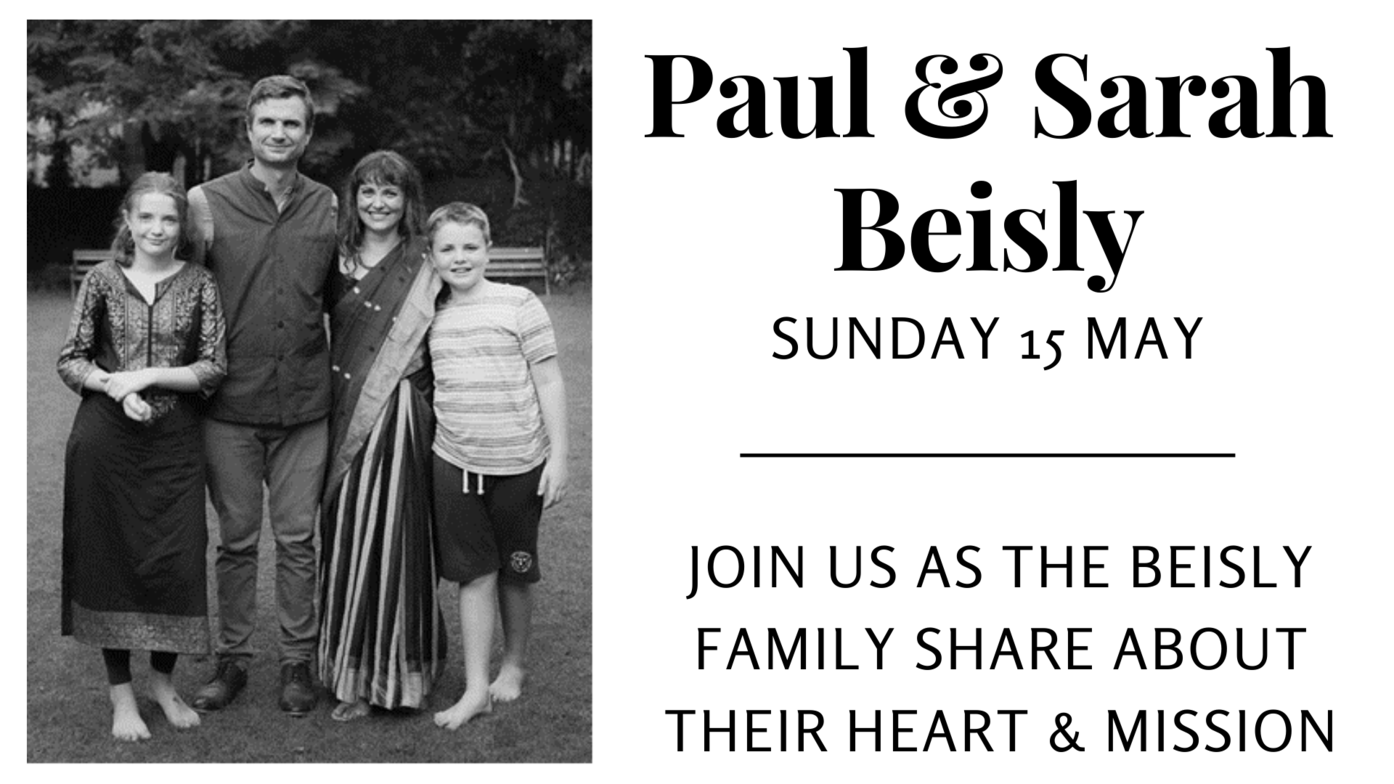 Save to your Calendar

At 17, Sarah felt a strong impression from God that He was calling her to serve the poor. It took another 12 years of God working in her, preparing her and teaching her about serving in New Zealand before she saw the full realisation of that call.

Paul visited India for the first time when he was 21. There for a short term trip with a team from his church, he spent all his spare time with his brother who was living and working in the city they went to. Hanging out with the kids from his neighbourhood and keeping company with his brother, he soaked up the atmosphere and everything he could learn in that place.

Paul and Sarah got engaged just days after co-leading a team to South Asia. That trip captured their hearts and somehow they knew that God would lead them back there together. They spent time with a team in East Asia in 2007, asking hard questions and in January 2009 took eleven young adults to volunteer in a South Asian city for a month. These experiences helped crystallise the sense that God has specifically called them to go to a hard place; somewhere few are willing to go.

This has given birth to their dream - the dream of starting a business in South Asia working to bring freedom for women trapped in the sex trade. They left New Zealand with their daughter, Mikayla, and son, Malachi, in September 2010 to begin making this dream a reality.

Paul and Sarah have realised their dream of offering an alternative means of employment to women in the sex trade by opening The Loyal Workshop. Please visit their website and show your support by purchasing ethically made leather goods.